Monthly newsletters from the Vice Presidents of the HVTT Forum.
1
Mar

2020 certainly was a crazy year, beyond most people’s wildest forecasts. And the prospects for 2021 remain very much uncertain.

One of the more serious impacts of the COVID-19 virus on logistics’ costs (and truck drivers) in southern Africa was the transit times at border posts. Several the key border posts in the Region, such as those between South Africa and Zimbabwe (Beitbridge) and South Africa and Mozambique (Lebombo/Ressano Garcia), which are situated on two of the main freight corridors, are renowned for long delays for trucks. The COVID-19 screening protocols exacerbated the situation, and vehicle queues in some cases exceeded 15 km at the Beitbridge border post and 25 km on both sides of the Lebombo/Ressano Garcia border post. During one week in Dec 2020, 15 people died at Beitbridge due to a combination of the long delays and the high summer temperatures between 40 and 50°C. Transit times exceeded 3 days during some periods. This situation was untenable for the truck drivers in terms of access to food and water, sanitation and petty crime at the border posts. It was estimated that the delays at the Lebombo border post alone were costing the SA economy upwards of US$10 million per day. On one occasion, one operator had 70 trucks in the Lebombo border post queue.

Many of you will be aware of the Performance-based standards (PBS) pilot project in South Africa, which started in 2007 with two PBS vehicles operating in the forestry industry in the province of KwaZulu-Natal. During the past 13 years, the pilot project has slowly grown to include several industries with a range of goods, with around 600 trucks now operating throughout the nine provinces. In September 2020, an evaluation report was submitted to the Director-General at the national Department of Transport, which includes a summary of the measured benefits after 200 million truck km, and recommendations on the way forward for the project. Benefits calculated at the time include an average fuel saving of 17%, a 23% reduction in truck km and a 45% reduction in truck crashes per million km (compared to conventional baseline vehicles). The DoT EXCO will review the report and are expected to decide whether a provision for PBS vehicles should be made in the South African National Road Traffic Act. Fortunately, the PBS concept is being recognised in other countries in the Southern African region, and a PBS pilot project in Namibia is gathering momentum with several PBS projects in the pipeline, the first of which are expected to start operating in the next month or two.  Although Mozambique has not started a formal PBS project, they do not have a combination mass limit (only axle load limits), so a number of South African 22m (legal length) 72-tonne PBS side-tippers are operating on the corridor between various mines in South Africa and the Maputo harbour in Mozambique.

The Shoprite Group is the largest food retailer in Africa, with over 2 800 stores in 15 African countries and headquarters in Cape Town. It has recently expanded its solar photovoltaic (PV) programme by installing 649 solar panels on the roofs of its refrigerated trucks, which can gererate 760 MWh a year. The distribution centre in Cape Town has 7 700 m2 of solar panels on the warehouse roof. The group has also signed an agreement which will see it procure 434 000 MWh of renewable energy a year for the next seven years. The solar panels on the trailer roofs enable drivers to switch off truck ignitions at delivery locations, reducing noise and emissions, while keeping the cold chain intact.

Most parts of South Africa have experienced good rains this summer.  After some typically high temperatures during Dec and Jan (mid- to high-30s), the last few weeks have been very pleasant with maximum temps in Pretoria and Johannesburg reaching the mid-20s and minimum temps around 15°C. Three of the largest dams in South Africa are 113, 110 and 102% full. The average level of the country’s dams is 88% compared with 62% a year ago. However, there are still some areas of the country that are suffering drought conditions, particularly in the Eastern Cape province. 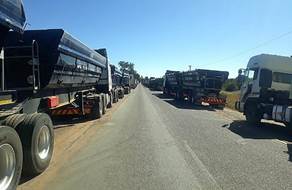 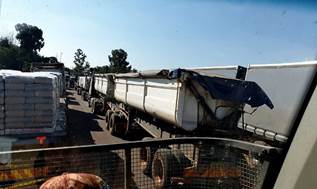 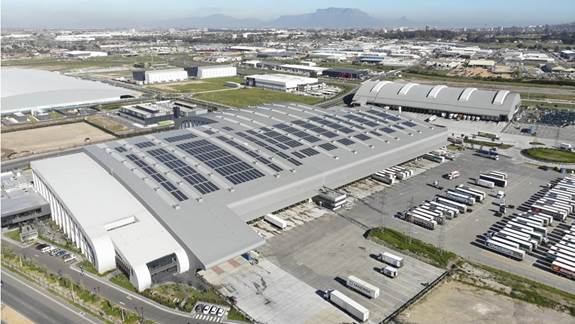