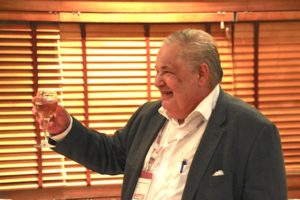 Dear friends, on 10th October, our beloved and admired friend and colleague Anders Lundström died shortly after being diagnosed with cancer. Personally I lost not only a colleague and friend, but also a mentor. Anders kept reminding me that the best solutions cannot be engineered only, you need to add an understanding of cultural styles, history, art, politics and economics. That was from my viewpoint one of Anders greatest skills, being a very skilled engineer and on top of that, having and applying a holistic view when dealing with challenges. Anders had a background as a Physics Engineer with expertise in Solid Mechanics. During his first 15 professional years, he was active both in Swedish industry and in Academia. At the age of 35 he became Acting Professor in Solid Mechanics at the Lund Technical University in southern Sweden, Skåne or Scanialand as he used to call it, after the Latin name of that region.

Anders was recruited to Scania in the mid 80’s as an expert and leader in the field of Solid Mechanics, responsible for the Laboratory Operations. During his 25 years at Scania he held several management positions and set many important marks at Scania and in the heavy vehicle society.

Throughout his career, Anders was also active in the academic world. In 2011, just before retiring, Anders received the Medal of Honor from the Royal institute of Technology in Stockholm with the following motivation: Anders Lundström represents the epitome of a modern Swedish engineer with outstanding contributions both in his own engineering deed and in his unselfish support for the development of the Royal institute of Technology. For this work, he deserves the Medal of Honor.

Anders spent his last few years in Limhamn, Malmö, Scanialand, very close to where he grew up and was buried. I will miss him a lot.

My mailbox has been flooded with emails from friends all over the world honoring Anders and sharing their own best memories of Anders. Many of these emails came from you within the IFRTT, for which Anders was President during four years, 2006-2010.

In Memory of Bohdan Kulakowski 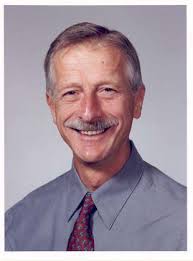 On Wednesday evening, March 22, 2006 while riding his bicycle home from work Bohdan lost his life when struck by a distracted driver. On that day we lost a remarkable and dedicated highway transportation scientist and we added another count to our highway fatality database. Bohdan was a man who was fully aware of the risks of traveling to and from work on his bicycle. He often talked at length of the strategies he employed to minimize his risk and he went so far as to take me along his daily commuting route pointing out the many steps he takes to reduce the likelihood of being struck by a motor vehicle. I know of no one more focused on safety and so dedicated to reducing risk.Bohdan was an internationally recognized expert in automatic control systems, computer simulations and control processes, systems dynamics, vehicle/road dynamic interaction and transportation systems. He served as director of Pennsylvania Transportation Institute from 1991 to 2003. He was a remarkable teacher winning Penn State’s George W. Atherton Award for Excellence in Teaching, the Engineering Society Outstanding Teaching Award and the Engineering Society Premier Teaching Award.John Mason, dean of Graduate Studies, Research and Outreach at Penn State University said, “Bohdan’s leadership and scholarly activities will have a lasting effect on his many students, faculty research assistants and staff at the Pennsylvania Transportation Institute. His significant contributions to the profession, which have been recognized both nationally and internationally, will influence those in the profession for years to come.””Bohdan was one of the finest faculty and human beings that I have known, and we will all sorely miss him,” said David Wormley, the Harold and Inge Marcus dean of the College of Engineering. “Our sympathies go out to his family and friends.”Bohdan served as Secretary for the International Forum for Road Transport Technology and was the organizer of the 9th Symposium on Heavy Vehicle Weights and Dimensions which was dedicated to his memory.Bohdan will be missed by all who knew him. He was a remarkable person and a dedicated scholar whose contributions to science will live on by his written word and whose contributions to society will be remembered through his many selfless and generous deeds.

In Memory of Rod Addis

It is with great sadness that the International Forum for Road Transport Technology (IFRTT) learned of the untimely passing of our friend, colleague and highly respected Board Member Rod Addis. Rod will be remembered for his many contributions and dedication to the science of road transport. He was a highly personal leader with a rare ability to bring people of differing views to consensus. His affable character, kind manner and technical excellence will be remembered by all who had the good fortune to know him.As one of our Board Members put it, Rod was always the English gentleman, with an air reminiscent of those mustachioed wartime RAF aviators. He made a significant contribution to DIVINE, and was really in his element last year at Delft when he presented the COST 334 project findings in a very professional way.

Rod was Born 18 Dec 1938, and passed away on 16 Oct 2003. He worked at the UK’s Transport Research Laboratory until 1999. He was widely respected by the staff and was the first elected Employee Director. Later he became Secretary-General of the Forum of European National Highway Research Laboratories\) (FEHRL) and established the Brussels office. He was the driving force behind many international collaborative research projects including various COST actions and European projects. His many talents are evidenced by the fact that he was a member of the Institute of Highways and Transportation as well as the Institute of Linguists. Rod is survived by his two sons, Tim and John.

To his family and many friends, you have our deepest sympathy and respect. Rod was truly loved. The man, his spirit and his infectious laugh will be fondly remembered.